Anakiwa is a little hamlet at the end of one of the Marlborough sounds, and the location of the bach where we are staying over the New Year’s holiday. 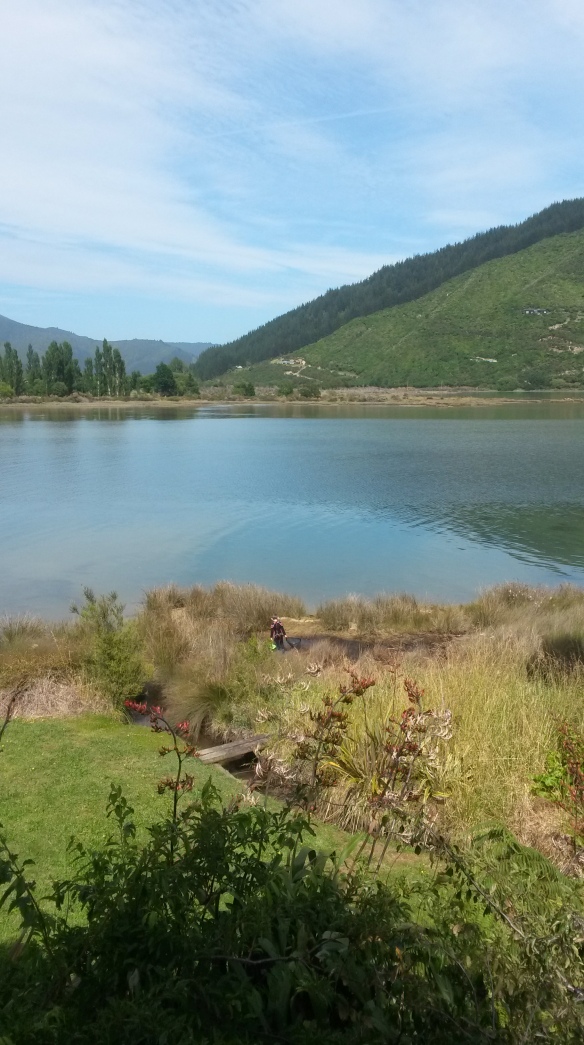 We’re at the end of the sound, at the tidal flats (photo here is high tide). When it’s calm we can take a kayak out and see the sting rays cruising the shallows, look for whatever it is that they eat, presumably creatures of some sort. They’re ruthless and pre-historic looking, super cool and also super creepy.

One afternoon the wind was whipping cruelly but the sun was shining, and I took the kids down to the beach in their wet suits to dig in the muck. Kids love muck. I sat in the lee of a rock and read a book. There’s something to be said for being finished with the toddler stage. 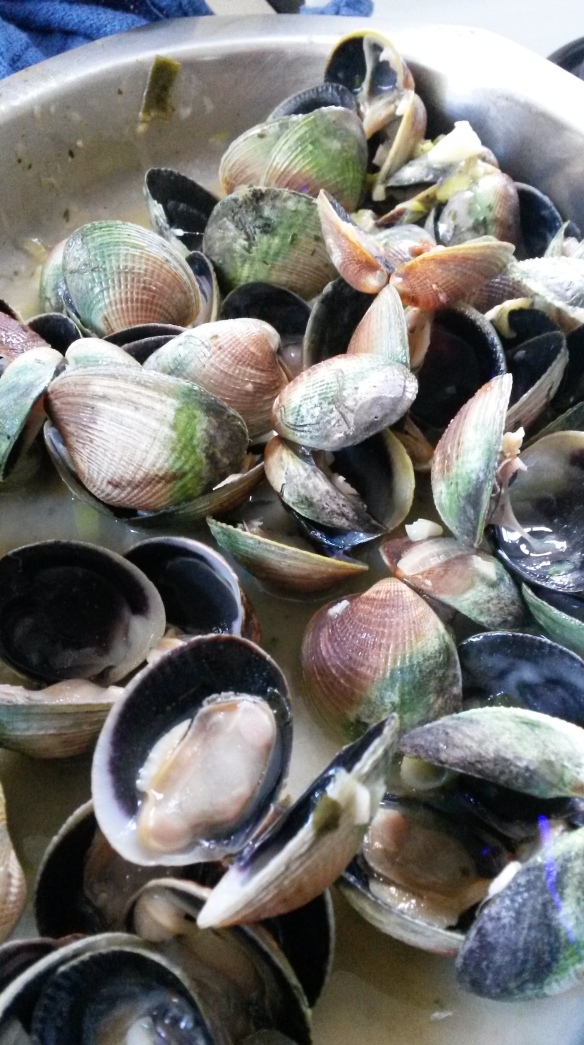 Our friend Irmana is with us too, and being from the coast of Spain she loves sea food. She discovered an ideal spot for collecting clams ad cooked them in a sauce that had even me, an unenthusiastic shell fish consumer, scooping out the creatures with drippy fingers and enthusiastically shoveling them into my gaw.

The Queen Charlotte track starts in Anakiwa and runs the length of the sound.  It is open to bikers and walkers, and while I’ve not been able to do any running or hiking lately, I have been on a friend’s mountain bike. The view from one of the look-outs reminds me of the Adirondacks, except with tree ferns and tides.

Today, being a drizzly non-beach day, we took the kids on a walk on the Queen Charlotte track. We took Milo on a lot of these walks when he was 3, and we realized that we need to exercise Naomi more, do a little brain washing about hiking being fun and all that. She did the 6 km all on her own in the end, and was proud of her accomplishment.

As a concession to a tramp, Naomi took off her floor-length princess dress, a gift from my parents for Christmas, and went with the more practical knee-length fairy skirt.  Turns out it’s good for playing butterfly too.

Back at the house Mark and Steph played games with the chillens while dinner was being prepared. They may have been toying with the idea of having children of their own, and we consider it our duty to give them enough child-fix for the foreseeable future. 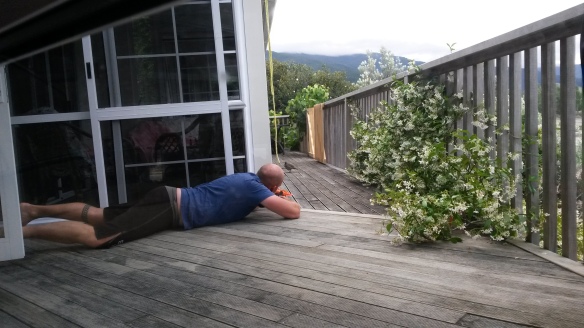 Actually, maybe Mark gives Steph enough taste of kid-dom as she can stand anyway. Here he is taking aim at a strutting quail admiring his reflected plumage in the windows. The quail got pegged with three nerf bullets and still didn’t vacate the premises. We concluded that it’s not a very smart bird.

The quail probably watched us a couple hours earlier balancing on the slack line that Jeremiah’s parents sent me for Christmas (I love it!) and thought the same thing of us:  “Silly people, they must not be very smart, falling off that strap and then falling off again.”