Our lives consist 99% of ordinary stuff, the unexciting tasks of mundane life.  Occasionally there’s enough humor in an exchange to prompt a giggle, a tiny tidbit of normality that’s worth celebrating.  Below is a random collection of a few recent ones. 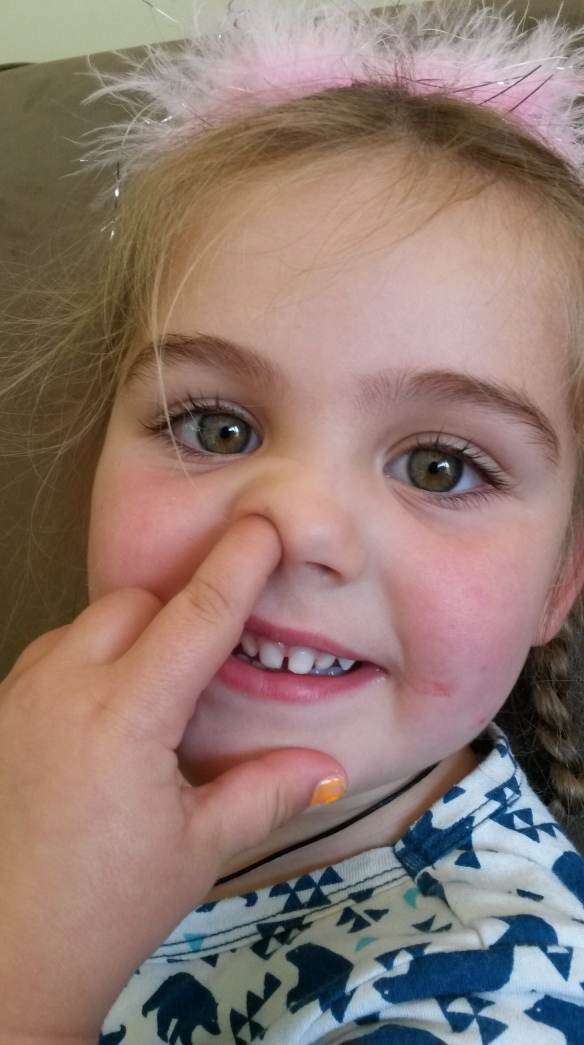 “Mom, can you cut my nails? It hurts when I put my finger in my nose.”
The request comes from the back of the car on our way home from preschool. I guess she’s been doing some nose excavations while at school….

Jeremiah and I were brewing a batch of beer Saturday morning when the kids came out asking for lunch. “Right, I’ll get you a sandwich in a minute,” I promised, as I checked the pH of the cooling wort. I must have said “just a minute” a few times before they disappeared, prancing back with fully laden plates, pleased as punch with their independence (and their chocolate cookies).

Here’s one of the many forts Milo’s building these days. Hurray for removable couch cushions–they’re the main structural element for most of the creations. “You know, when I was your age, I used to LOVE building forts too,” I told Milo. “Were you good at it?” he wanted to know. “Yes, I was good at it.” I don’t objectively remember how good at it I was, of course, but that’s besides the point. Milo seems to think that daddy’s good at building things and mommy’s not, an unfair judgement which I’m doing my best to shift. 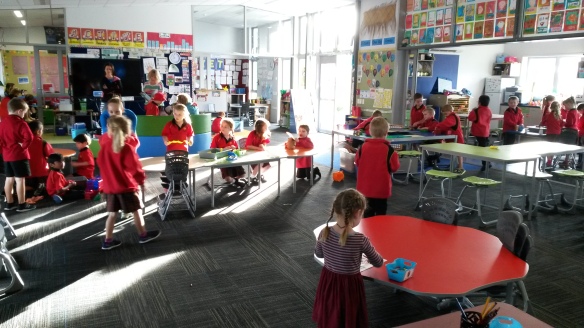 It’s the fate of the second born, to be always one step behind the older sibling in doing new stuff.  The advantage (though she doesn’t know it yet) is that nothing is REALLY new.  She’ll have been going to this massive classroom filled with 70 rapidly moving red bodies for two years before it’s her turn to don the uniform.

Why did the pre-schooler cross the road?

“Attention Milo’s mum, your pre-schooler is at the school crossing.”  The loudspeaker cut through a bike repair conversation with a New Entrant teacher.

“Oh, that’s me!” I exclaimed guiltily, rudely ending the chat about bent sprockets and setting off at a trot towards the school gate.

To tell the truth, I was too busy talking to even hear the announcement—the other New Entrant teacher had to repeat the message.

I peeked over the fence and saw Naomi standing with the principal on the OTHER side of the road crossing.  Highway 76.  Whoops, Parenting Blunder 101.

“Thanks, Mr. Topham!” I said, as I took Naomi by the shoulder and pulled her aside.  “Remember, you can NOT leave the school gates without Mommy,” I reminded her, strategically loud enough for the principal to hear.  To tell the truth, I’m not sure I had ever thought to tell her that before.  I had been lackadaisically searching for her though the year 1 and year zero classrooms before the announcement, realizing that she had done a runner but thinking she was probably playing with some cool toy in a nook somewhere.  Or maybe out waiting at the school crossing, since my subconscious realized that she was bold enough to do that, but every other time that she has beaten me to the crossing she has waited on the school side….

Mr. Topham (the principal) was gracious, but goodness knows what he was actually thinking.  These American parents, don’t they teach their kids road safety?”  or perhaps “These mothers spend so much time jabbering that they don’t even keep an eye on their kids.” 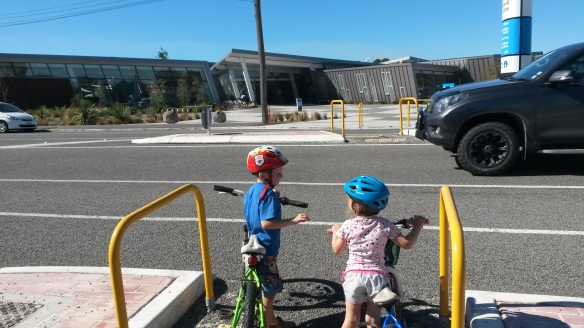 I have, however, been working on bike safety on the way to the library. Do I earn bonus points for that?

Naomi’s latest social development is play dates–both hosting and being invited. They’re entirely more peaceful affairs than Milo’s play dates; no wrestling, no racing. The biggest controversy is over who wears the pink dress-up. I left Naomi at her friends’ house for two hours one afternoon, while I worked cozily on the computer and sipped a coffee. I used to have interludes of quiet like that EVERY DAY while Milo napped. It really is true that you don’t know how good something is until you lose it. 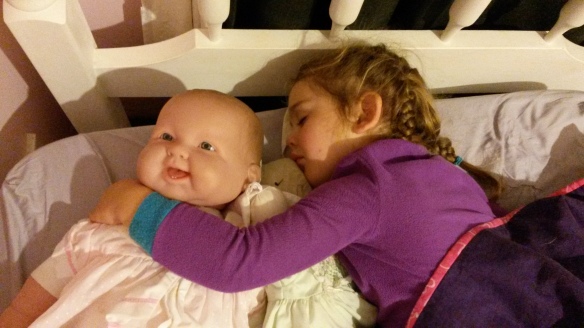 Every night Naomi tucks Nina and Scarlett into the safe wall-half of her bed, while she sleeps precariously on the outer half. Strangely Milo, who has never been very affectionate to his stuffed animals, has started to copy her. 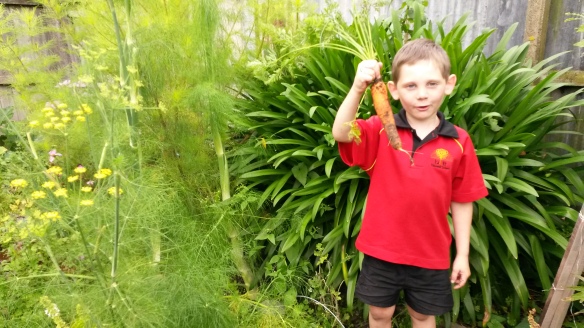 Gardening is a patience-testing activity for a child. Just a week after Milo planted his lovingly-watered carrot transplant he was asking if it was ready to pick. Thankfully, he soon forgot about its existence until this week, and it really WAS ready to pick. There’s a very proud gardener.

1 thought on “The days of our lives”